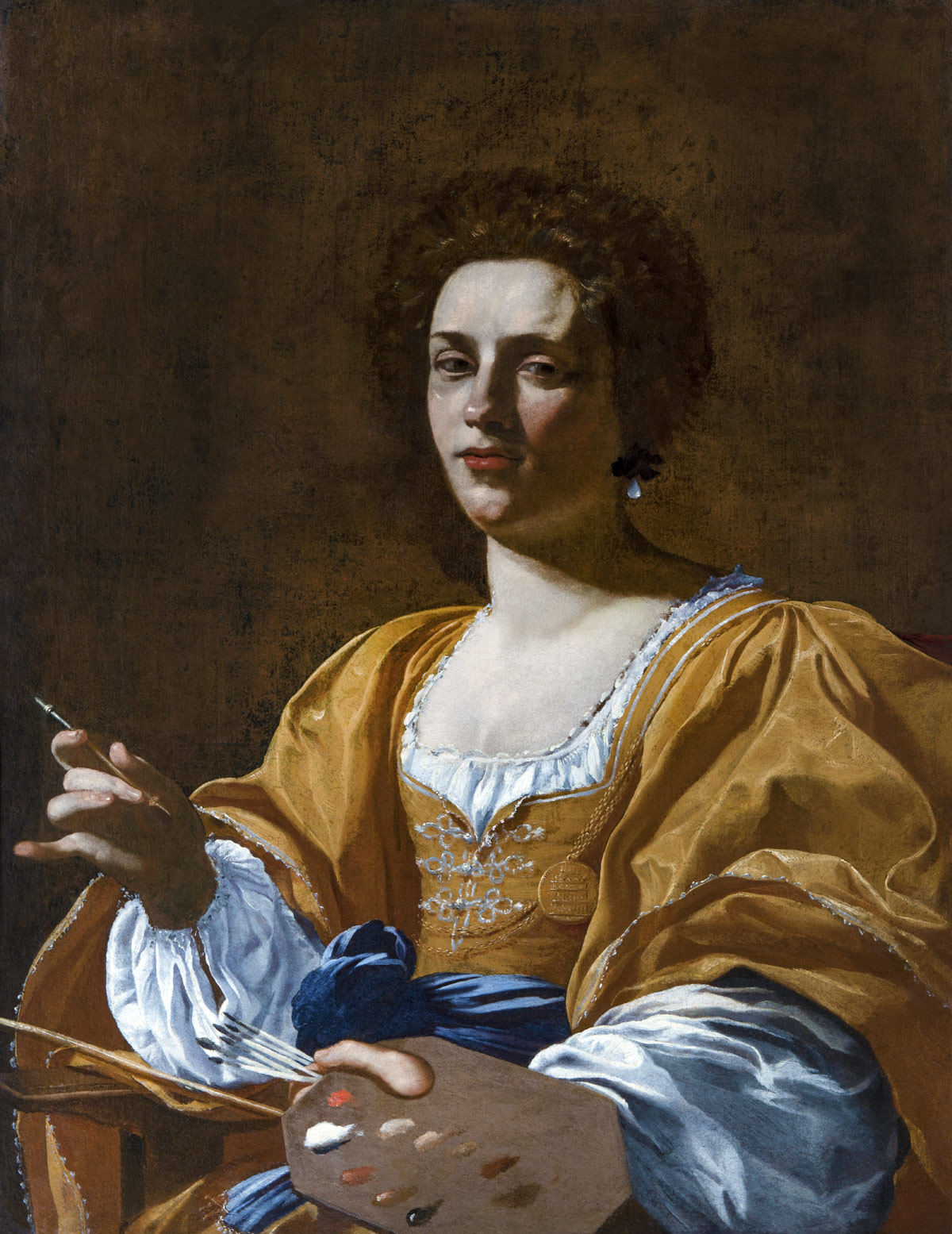 Free, emancipated and proudly woman: a truly modern and feminist portrait. Those are the characteristic coming up to the eyes when observing this portrait of Artemisia Gentileschi executed by his close friend Simon Vouet around 1615. This painting was made for at the common friend and patron Cassiano del Pozzo, a person highly involved in the artistic life in Rome during the first half of the 17th century.

Apparently this one should be the only officially recognized portrait of Artemisia Gentileschi: the famous artist has been depicted as a proper painter, staring the observer directly without hesitation and the wealthy dress show us her fame and the position achieved within an environment (almost) exclusively ruled by men. Actually, to avoid misunderstanding Vouet indicated the sitter’s name under a little riddle on a medallion pin on her dress: showing an ancient monument with “Mausoleion” inscribed. A clear reference to the Halicarnassus mausoleum, one of the seven wonders of the ancient world which was erected in honour of Mausolus by his wife, who was named Artemisia. This portrait became her personal “manifesto”, her best business card, a painting which couldn’t be made by herself (as she made many times, using the allegory escamotage) for not diminishing its importance. Throughout this painting, Artemisia receives the tribute she deserved for the prestige achieved. After being preserved for many years in an important private collection in Lombardy, in 2019 the painting was sold to Fondazione Pisa with the GMJ Art Consulting assistance, resulting in a new important addition to that collection.

The Artemisia Gentileschi portrait, by Simon Vouet, will be the opening painting of the forthcoming exhibition that the National Gallery of London will dedicate to Artemisia and the influence of her father Orazio on her works, the show will start in Autumn 2020.