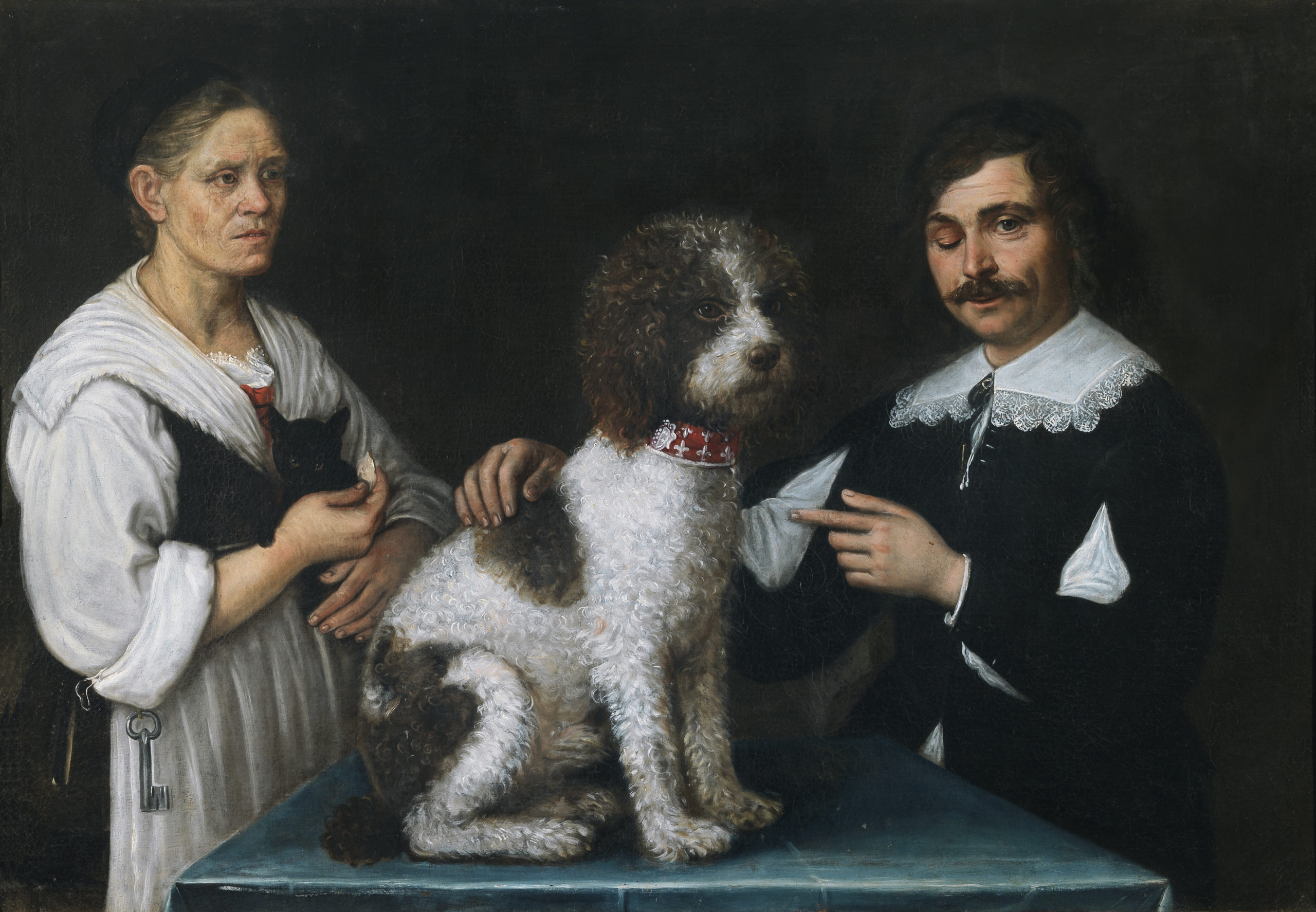 The dog has always been considered as the most loyal animal by human beings. Their relationship were so strong that their masters often wanted to be portrayed together with their favorite hunting partners or pets. Thanks to those visual evidences, today we have knowledge of their appearance and the role they had in the court or in family environment, as well as considering how different breeds evolved.  Observing official portraits, we can assume that noble preferred Greyhounds, elegant and fast hunting dogs, whereas ladies and kids posed preferably with smaller pets like Spaniels, which become an attribute of marital loyalty.

Considering those elements, there’s an interesting painting from the Fondazione Sorgente Group collection depicting one of the major painters of17th century, Guercino, posing together with his mother and a magnificent dog with a thick and curly fur. It’s a Lagotto from Romagna, a dog breed in the lands between the city of Ravenna and the river Po delta. An area quite familiar to Guercino who was living not far, in Cento.

The name of this particular dog breed, the Lagotto, descends from a dialect name of Lagosanto, a small town on the area of Comacchio, whose inhabitants are still called “Lagotti”.  The presence of that dog must dated back to the Etruscans: images depicting similar animals were spotted in few parietal paintings in the Spina ancient necropolis.

About the Lagotto in our painting, a very important detail is the collar: a red strip decorated with white lilies, the heraldic sign of the Farnese from Parma. That important noble family commissioned Guercino to  decorate the inner part of dome of the Piacenza Cathedral with a series of frescos. This link with the Farnese support de hypothesis that the dog was a gift to Guercino to express gratitude to the painter for the job done. A detail that allow us to date our painting around 1627, after the frescos were completed.

Considering the informal atmosphere surrounding the composition, with no official elements, we can assume that the author of this painting belongs to the family circle of Guercino (few relatives were artists), probably his brother Paolo Antonio Barbieri.

This attribution could be confirmed by a kind of immature style (in that period, he was around 24 years old) and an implied admiration for his older, celebrated brother. A beloved and genuine feeling which shines trough the composition so evidently to involve the viewer in this domestic and convivial atmosphere. The Fondazione Sorgente Group painting becomes an important visual documentation, helping us to increase our knowledge of Guercino’s private life.

The knowledge of this painting pop up during an essay about the presence of dogs in Guercino’s painting. Later, it was located in the art market by myself and acquired by Fondazione Sorgente Group.